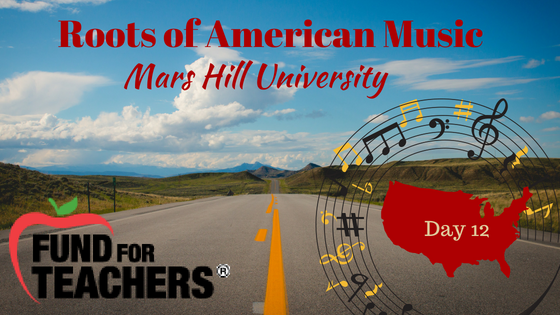 All day long we have been celebrating our learning!  In just a few short days I have made so many new friends from all over the place.  While social media certainly has it’s drawbacks, Facebook, Twitter and Instagram are certainly a blessing when you are trying to keep in touch with people whom you would not ordinarily get to be around in the normal course of life and I am looking forward to continuing these newly formed connections in the future.

I do not think it would be possible for the organizers of the week to find more talented and accomplished, hard working musician-teachers to lead each of the these classes, nor do I think it would be possible for them to find more patient folks to work with us.  The class sizes and one on one attention really paid off and I feel as though I have a solid foundation not only for the work I will do next week but for future study in the years to come.

Today in ballads class, we decided upon and rehearsed the ballad that we would ultimately present as a class during the student showcase.  We were each assigned a stanza of one of the ballads we learned.  It was still very challenging and even during the final performance I struggled to sing in a stylistically authentic way, but I can say that progress has been made.   For more information about this ballad, please read the blog from yesterday.

Here is a picture of the “ballads” class.  🙂 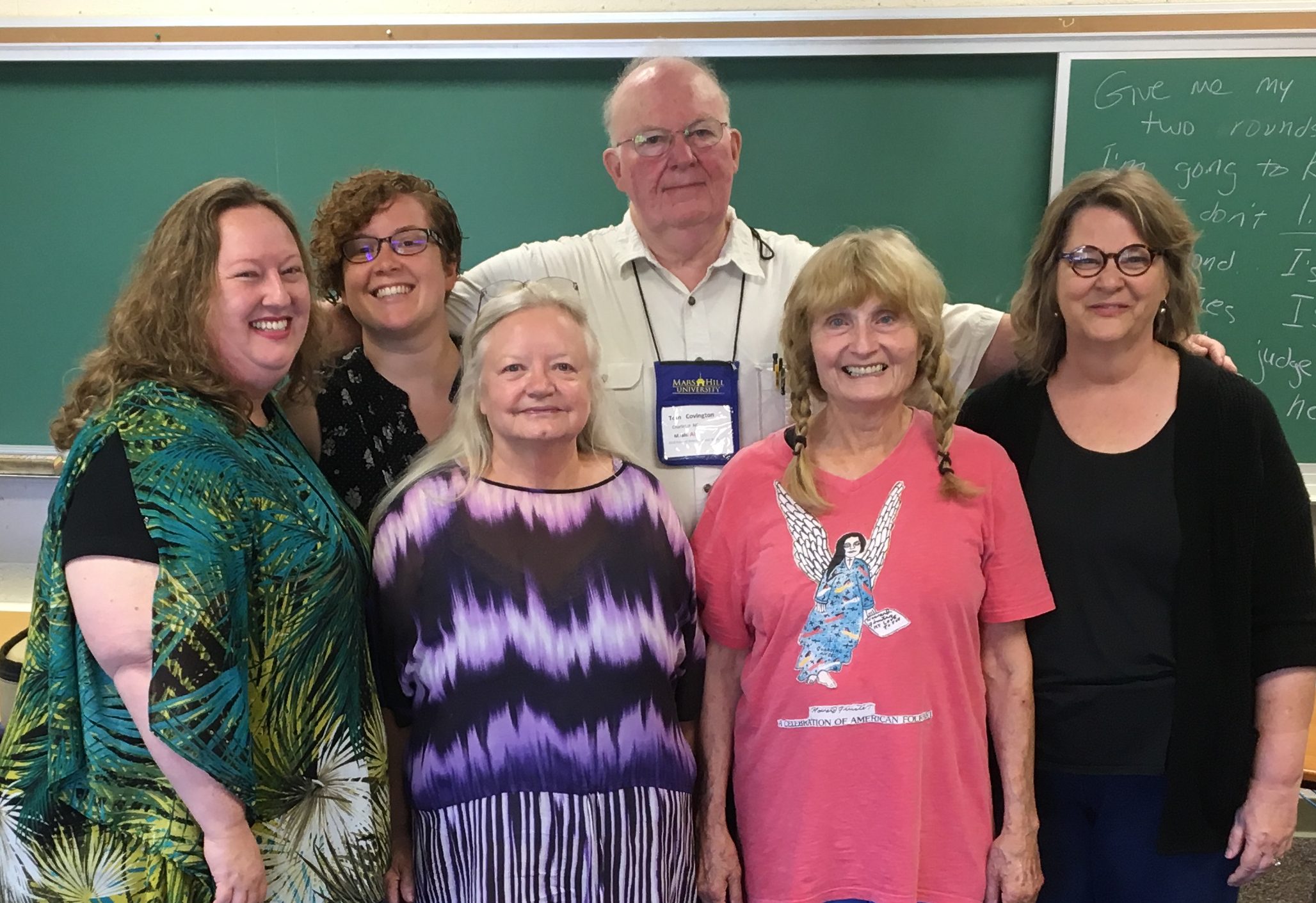 Today it was my turn to present a blues song to the class in a sort of master class setting.  I chose to have my teacher work with me on Backwater Blues by Bessie Smith.  I chose this piece because it is the most familiar blues song to me, it is one that is included in the Spotlight on Music 5th grade textbook by McGraw-Hill.  I’ve compared the textbook version with the Bessie Smith version and they are VERY close, so even the kiddie version is more authentic than other blues selections might be. It was so fun to work with my teacher Suzy Thompson.  I meant to record the session, but I completely forgot!

We then continued our prep our group song for the student showcase. Ordinarily, if done as a solo, the singer would choose the best key for them.  However, because we are doing a class song instead of 8 individual songs, we had to choose a “compromise” key.  I have found a way to sing in a low voice without causing problems for myself, but our shared key was just a little beyond what I thought I should do.  So, for the showcase, I decided to declaim my verse, which is often done in blues music.  It worked well and was fun.

One of the best parts about the blues class is that my new friend Ann was in their with me.  She was one of the staff musicians hired to teach scratch classes to any instrumental student who needed a slower pace on a given instrument.  She is a great teacher, plays violin, guitar, mandolin, ukulele and banjo and has been helpful to me as a “roots” music newbie all week.  Ann knows that I am a music teacher and she took the time to make a list of artists who have a great repertoire of American roots music who also focus their work on children.

During our songwriters circle today several folks shared songs they had written and the conversation about writing music continued.  As always the conversation was encouraging, practical and inspiring. I truly wish I could meet with this crew of writers regularly as I am certain that doing so would result in my writing more music.  I was asked to sing the song I wrote this week to represent the work of the circle this week.  I agreed upon the condition that I not have to play by myself.  Alice was kind enough to accompany me on the song. My friend Jan was kind enough to video the performance.  The chapel at Mars Hill is a great place to sing and for a scratch, impromptu video I think everything sounds very nice.

We learned a new duet today called “Old Blue”. I am currently looking for a good recording.  I’ve been told that the song is on an album by Alice Gerrard and Mike Seeger entitled Bowling Green.  I purchased the CD, but have not yet located a YouTube equivalent to share. It is unique among the duets that we learned because it is an acapella ballad.

My friend Rachel and I sang a duet called “Single Girl”  I am attempting to upload the video of our student showcase performance, but it is going VERY slowly so I will have to put it up later. All of the duets were beautiful.

When we were done with our student showcase, we came outside and were greeted by this beautiful sky! 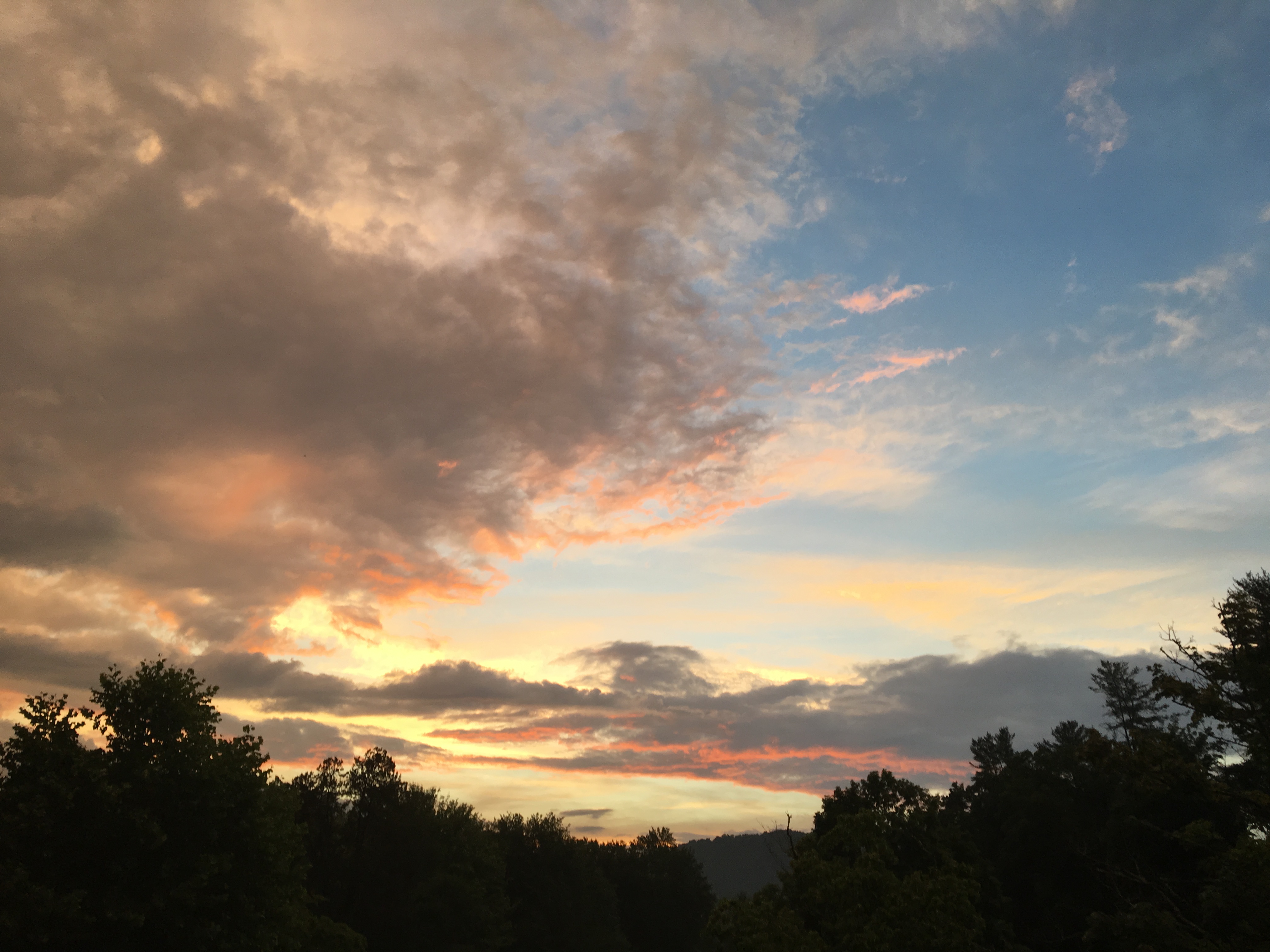 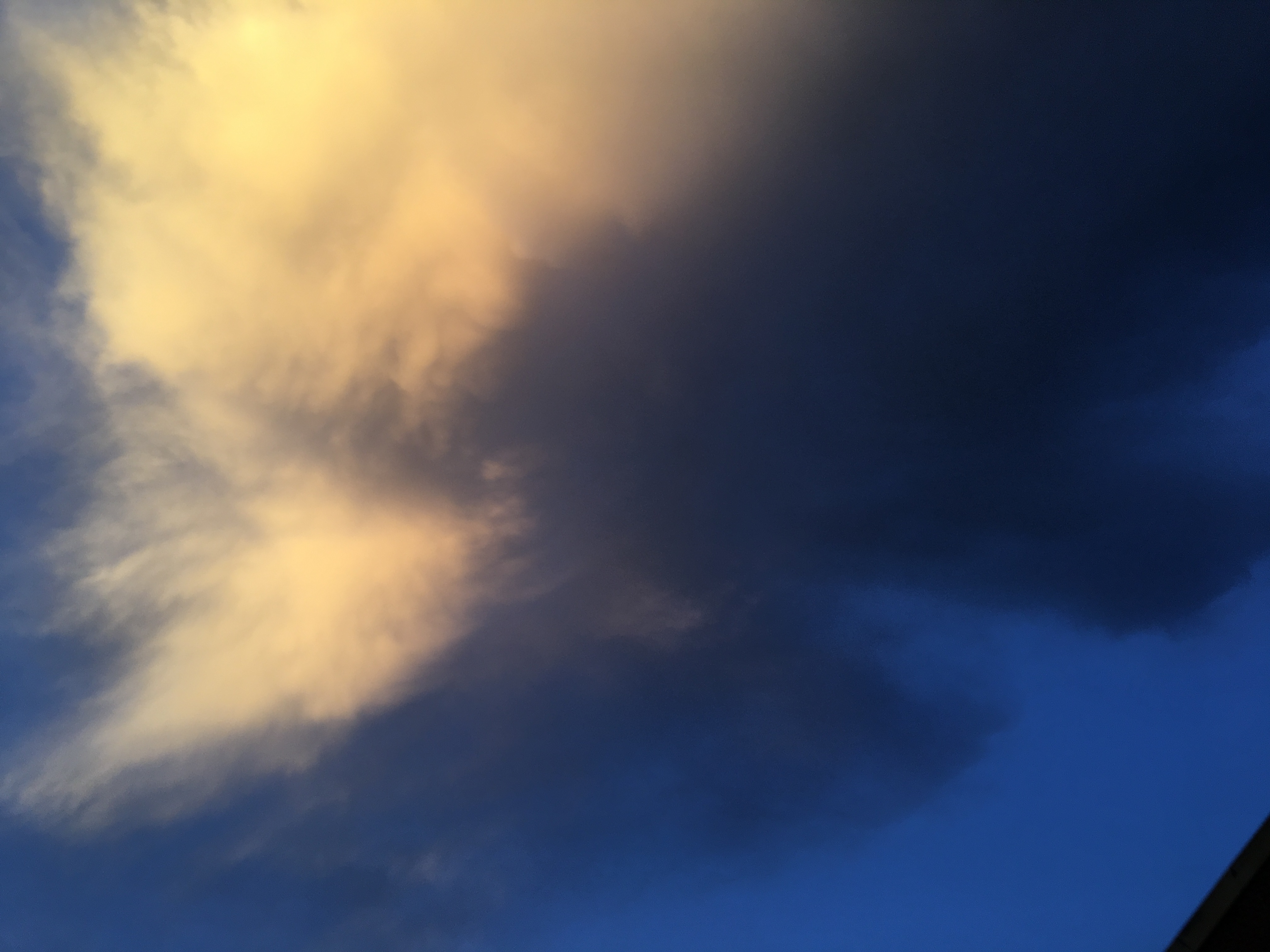 After the evening student showcase and farewell party, everyone headed back to the dorm to either pack or to jam.  The amazing folks at the jam session agreed to sing a ballad that my WCE students would know.  They helped me to sing “The Fox” which is an old time ballad and a children’s book by Peter Spier that we enjoy in the spring in kindergarten each year.

I will spend Saturday in Asheville, then Sunday I will begin Traditional Song Week at the Swannanoa Gathering.