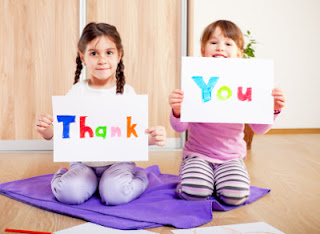 In my music schedule I have my regular daily schedule, but then at the end of each day, I have an extra class where one grade level comes back for a second visit to “specials”.  Today my extra class was to be about 30 kindergarten and I was pleased because I knew that they would produce really sweet thank you notes for our donors.  I try to never leave the task of saying thank you to my project donors for long because usually when our materials are new, that is when my students are most teachable and ready to say thank you. Writing the thank you notes is  really my favorite part.  We have a habit of giving and giving to children without expecting any sort of gratitude.  It’s nice to give them the chance to appreciate not just a gift, but the giver.

So there we were.  30 kindergaten students, me and a great big bass xylophone box.  They were THRILLED to open a present at school, so they were all neatly arranged in their very best kindergarten circle.  I made a big production of cutting the plastic straps and tape…. I started giving out jobs…. “joe” got to carry the tape to the trashcan, “judy” got to hold the scissors.  Everyone had something to do.  We carefully pulled back the cardboard to reveal a LARGE slab of protective styrofoam.  I noticed that it would just fit into our trashcan so, rather than put it out of reach,  (as I should have done) I gave a student the task of putting it in the trashcan.  Then came the bars, each wrapped in their own bubble wrap sleeve.  I actually remember thinking…. (I hope this bubble wrap ends up in the trash…. that bubble wrap sure could captivate a kid who wanted to be distracted) ……HAAAA!  I wish that I was writing about bubble wrap!

In any case, one of my more verbose students had just asked me a question and while I turned my head slightly to answer,  all of the remaining 29 were spontaneously seized with the unrestrained need to turn the sheets of styrofoam in our trash-can and in the box into a blizzard!!! 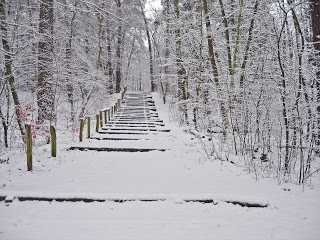 It happened so fast! One moment, 29 little bottoms were planted on the floor and 29 faces were gazing upon the metallohpone in anticipation and then as I was answering the one onlooker, I realized I needed to glance at my circle because things had gotten suspiciously and eerily  quiet…..It’s amazing how quiet 29 kindergarteners can be when they are making a mess.  One minute I had a circle of expectant children and then in the blink of an eye my circle disappeared and there we were….. having a white Christmas right here in March….. and I thought we were going to play our new metallophone and write thank you notes….. nope….

Had I been thinking I would have marched my dandruff clad class next door and left things alone….. but THEN  I had a serious FAIL in the natural consequences department… I very lovingly and logically convinced 30 kindergarten children in the throws of a snow day to sit back down in a group, where I drew their attention to the state of our room and explained that I wanted them to put all of the “snow” in the trashcans……I should have known it was doom to fail the moment I heard them cheer……. I will admit that SOME of it did end up back where it belonged, but only about 20% of what they dispersed.  Things got really exciting once they figured out that if you stomped your foot or blew on the little dots they would fly away….There was another wave of excitement when they showed each other how to scrape their fingernails across the board to create MORE snow….. One kid even gathered up a fistful, held his hands over the air conditioning vent and let them fly.

It was in their hair, stuck to their face and I’m SURE their mommas will find it in their socks and underwear tonight.  That stuff got everywhere!

Did I mention that my kindergarteners LOVED their consequence????  I mean, they LOVED it! Although that had not been my intention, the time they spent trying to pick up those particles was the highlight of their week. They tried using lapboards as brooms or as tables, but then as soon as they stood up to carry it, it would all fly away.  We’d make a little progress in one area of the room and I’d look over to find a couple of my lovelies sprinkling the “snow” on their head again with big grins all around….. When it was finally time to go home, we picked the dandruff out of our hair and they all told their teachers that they helped to CLEAN the music room. 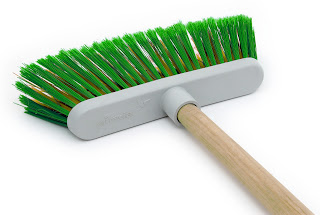 Guess who was still sweeping until after 7:00? This teacher…. that’s who…. I started sweeping on and off right after the busses left at 2:30 and even though I’d taken here and their for some “real” work, by the time my “big-kid” after school kids came in at 4:00, I had swept up several “snow drifts” and had a couple of new good sized piles ready to covey to the trash can.. When my big kids got to my door they stood at the door in shocked amazement.  One of them actually swore out loud before they caught themselves.  They eagerly volunteered to “help” clean up, but I’d learned my lesson…. I did ask them to TRY to not make it worse… I had a few piles here and there around the room in my effort to make vacuuming feasible.  Despite their efforts to “help” me,  they ended helping the “snow” drift back into all of the nooks, crannies and corners I had already cleared!

The custodian who faithfully cleans my room each day came by after my big kids left,  took one look at me sweeping up all that “snow”…..laughed out loud, (I’ve never even seen her smile)  and then handed me a better broom……It didn’t take long after that.  Once I finished sweeping the snow into a pile in the middle of the room ready for vacuuming , I moved most of my furniture away from the walls  so that she could vacuum easily without impediment to get the snow that my broom couldn’t capture…..  Boy!  I’m gonna have to get to school REAL early tomorrow to be ready to teach!

The funniest thing is that even though I wish I could have avoided this mess, it was one of those days when I was reminded of why children are great to be around and why being in kindergarten is one of the best things there is! Today didn’t go as I had planned, it wasn’t convenient, but none of the children complained…. no one was mean or unkind, every one of them without exception was swept away with the joy of a new discovery. The new metallophone will be brought out some other day, but I’m happy that  I found myself smiling a lot in the midst of my kindergarten blizzard.