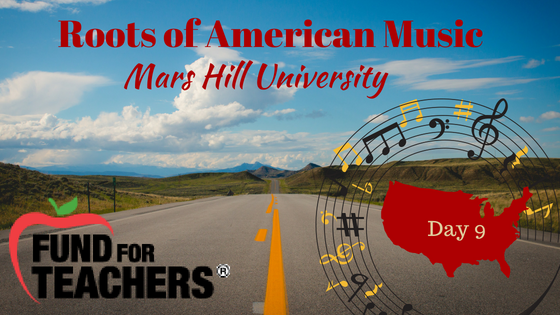 I am happy to say that today was another big day at the Roots of American Music Conference.

Just to give you a sense of what it’s like here in the mountains of North Carolina, I am including a picture of my window and my air conditioning unit. After the first day I turned off my air conditioner for good and my windows are open for most of the day and all night.  It has rained most of today and it is a balmy 66 degrees out!  I’m super glad I brought a jacket. 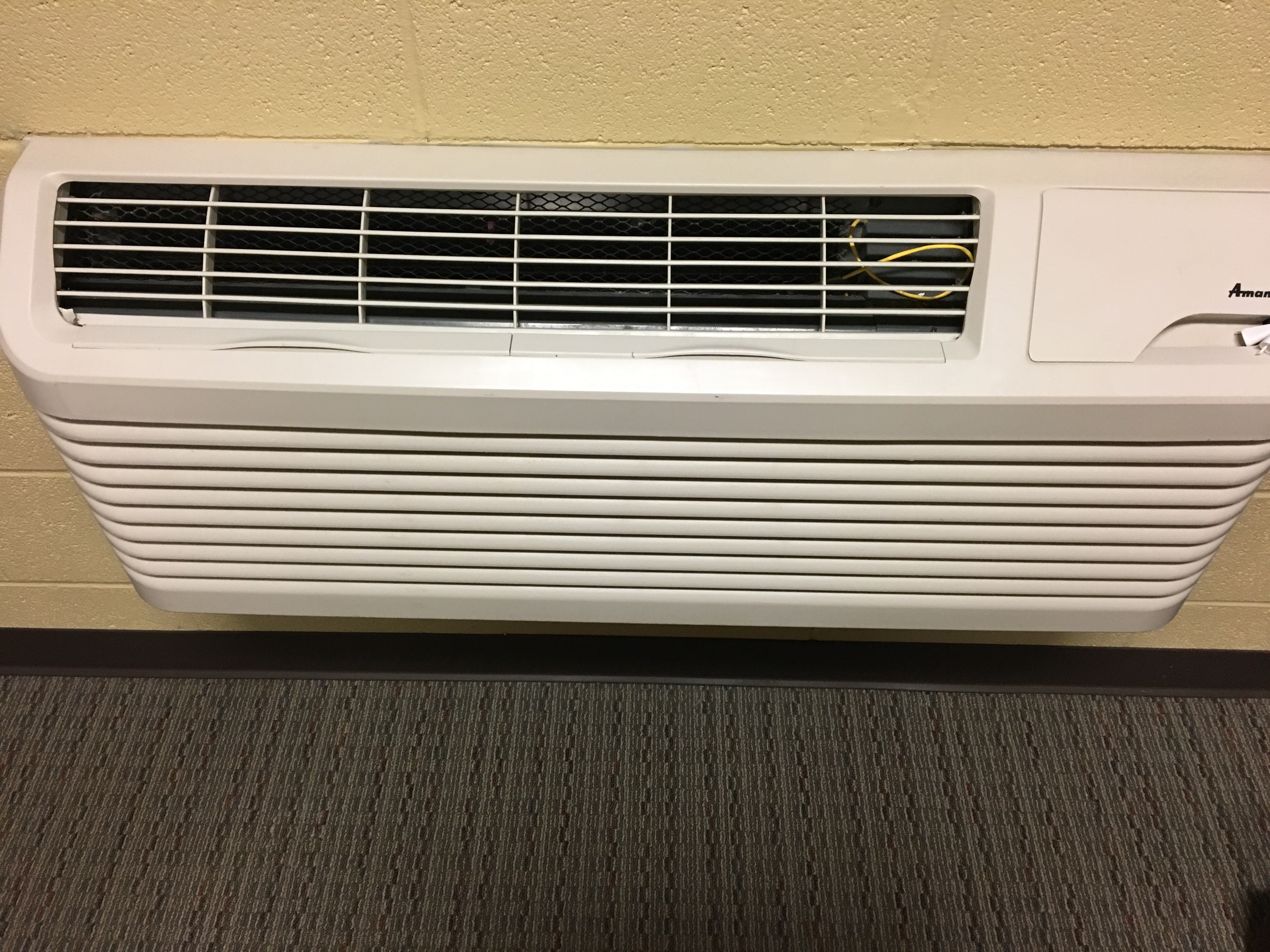 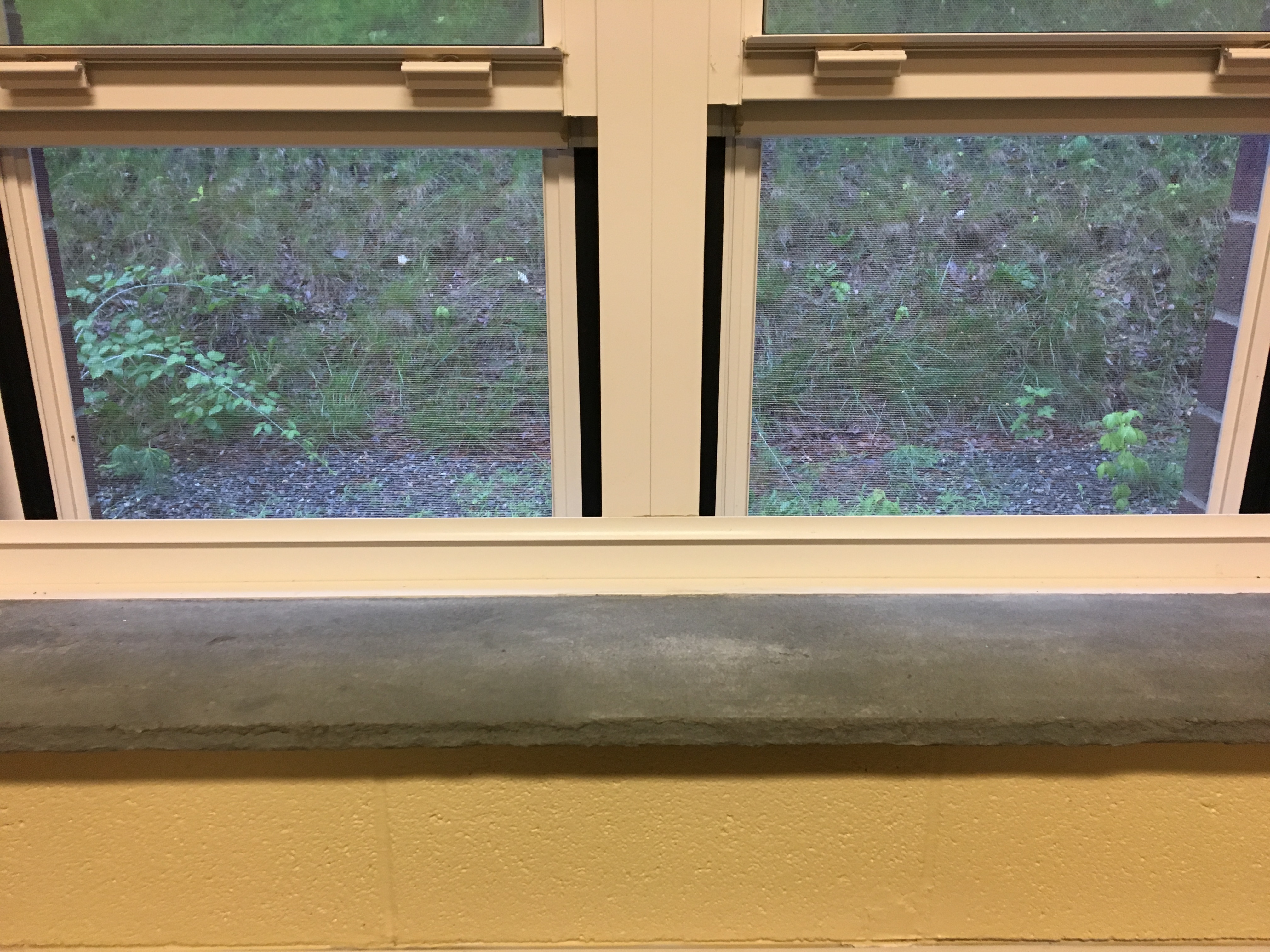 One thing that makes this conference VERY different from the one that I will attend next week is that this one only has about 30 participants (including the instructors).  Therefore, there is time in each class for LOTS of one on one attention.  In each of my classes our teachers spend a considerable amount of time coaching, modeling and correcting our attempts to learn the songs that we are working on.  Here is what we worked on today.

Once again, the ballads class proved to be VERY sad and pitiful, but generally the songs we learned today were a little more singable – perhaps because we were seasoned by yesterdays songs, todays didn’t seem quite so tough.  I have to work very hard in ballads because I’ve realized that I am super accustomed to relying on notation and between the lack of notation and the expected singing style, it may take some time before I have a satisfactory Appalachian ballad sound on demand, but it’s still fun to try.  I left in a little of the coaching in this clip so that you can hear how the class works.  There are six people in the class and we each get this same amount of close scrutiny and feedback. One topic of discussion of today was the need to avoid vibrato. (I don’t know that I will conquer this in a week, or if I even want to,) but stylistically it is still a goal.

This is a recorded version of Little Bessie.  Traditional appalachian ballads are sung acapella, but since the clip I’ve included isn’t the entire song, you might enjoy hearing a popular version of the song. Be ready though – it’s about a child getting ready to die.

I’m not including a recording of my work on Come All Ye Tender-Hearted, because it isn’t as succinct as the previous clip.  Watch out for this one, it is the retelling of a house fire where all the children are in the house. YIKES!  – Alice told us that after one of her classes a student sent her a very old newspaper clipping from the area of Tennessee where this song first emerged that may have been the inspiration for this sad, sad song.

We started class today by reviewing our song, from yesterday, Aunt Caroline Dyer.  We sang the first verse as a chorus and passed the song around.  I LOVE working in this class, but ya’ll I don’t have the blues!  I can try really hard to sound like I do, and I can have a great time while I do, but I’ll admit that this class is the greatest stretch for me simply because the lyrics of these songs seem so ludicrous coming out of my mouth!  It’s very entertaining and goes by VERY quickly!

Did I mention that some of these songs seemed ludicrous when I sing them?  The recording below is of Ida Cox who made this next song famous.  This particular recording is not the original one, but one made in the 1960s when Ida was older.  She sings the song with an authenticity that gives her performance grit and an element of truth.

One of the BEST things we do in this class is we speak the words without singing them to give a sense of phrasing since the actual pitch isn’t as important as the word emphasis. One of the funniest moments in the class today was when my turn to sing a verse fell on a particularly bald, plain spoken verse.  I had to speak it.  By the end, we were all laughing!  The verse I ended up singing is more innocuous, so it sounds less ridiculous coming from me, but is still a mighty stretch.

Because I wasn’t trying to catch up on blog posts I had time today to attend a songwriters circle after lunch.  I’ve gone to song writing classes at different times in my life, but I’m not exaggerating when I say I heard some of the BEST, well written songs I’ve ever heard at any songwriters event ever! The songs were each very different, but beautiful and one even made me cry!  We have a challenge to write SOMETHING by the end of the week which will be a BIG challenge for me since I haven’t written anything at all in about five years.  So I’m looking forward to the challenge.

This is my favorite class because this style of singing suits me better than the others.  Though the songs are still often sad, I’ve had old country in my ears long enough that I can actually sing these with more confidence. Today instead of being matched randomly, we were paired based on who seems to fit with our voice best.  When time allows we get to switch parts.

Here is a full version of the song.

Then we ended the duets class with my FAVORITE earworm for the week! I think I’m going to be singing this song from now on. It’s simply and catchy, so watch out, you might get an earworm too.

Here is the song with all the verses.

Several of the other participants are also taking all three of the singing classes.  If I were to search the whole world over I could not find more different sounding voices, so with each of us, our teachers take great care in finding the key that fits our voices best for each song.  They also demonstrate endless patience with all of us as each of us has come up against parts of songs that were beyond our skill or that we just weren’t hearing.  We repeat these songs A LOT by the end of the class and they give as much effort to the students who sing alone at the end as to the ones who go first. I’m enjoying the process of rehearsing without music!