Recorder Karate to the Rescue! 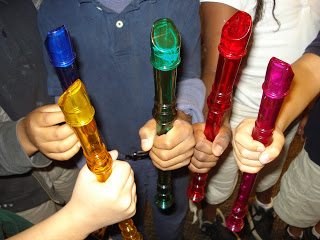 Last year I had a very strange experience because my 4th graders HATED to play the recorder….. When you find yourself with a group of students who aren’t inclined to enjoy what you are doing, you have a real problem. “I hate this, this is stupid” really means “I’m frustrated because I don’t understand” Either way, the problem is like a disease, it spreads quickly and can devastate learning because even the kids who WANT to do the activity are swayed by popular opinion…… 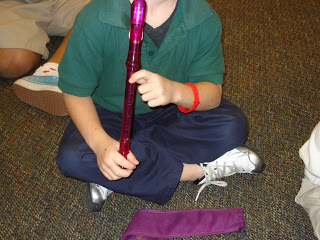 For years I’ve taught recorder and everyone has always been excited and thrilled to get to play them and it’s not long before everyone feels accomplished and musical. So last year when I came up against a group of 4th graders who hated to play I was totally unprepared….. After all, what I had been doing before had always worked so well….. I tried EVERYTHING I could think of. I read blogs, I tried different projects, I mean it was a sort of mini-obsession. In the end, I decided to hit the “pause” button on teaching recorder to that group of students and I was comforted by the fact that I would have a summer and another chance to redeem the recorder experience when they got to be 5th graders. 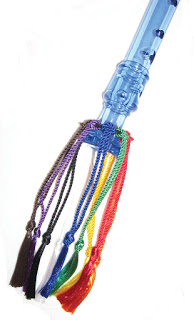 I wanted to try Recorder Karate from Music K-8 but I really didn’t have funds for all the belts…. I thought about trying to bankroll the project on my own on the cheap, but knew that my students wouldn’t be excited about a piece of embroidery floss and it would still cost a pretty penny. So, I decided to create a project on donorschoose.org and leave the final decision with funding. If we got funding, then we would try it and if not, then I’d have some more thinking to do.

Dilemma 1:  Only about 30% of my students purchase recorders each year. For years I taught at a school where everyone purchased their own recorder each year, but when I came to my new school I came right up against the reality that purchasing even a pencil for school was just not a priority. So, again donorschoose.org came in handy because I was able to acquire enough recorders for everyone to have their own.

That’s great – but how can they practice if they don’t take them home….. You are right…. they can’t….. so I let them take them home….. they are supposed to bring them to school every day and return them if they move. I’m planning on checking them all in during the month of December as I expect to have significant turn around over Christmas.  More than likely if I get 90% back, I’ll hand them out again…. It’s funny, now that they have them at home, I have more requests to purchase them, so in the end, I believe that I will have a larger percentage of my students buying them which for so many reasons is ideal. 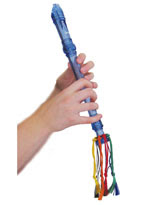 Dilemma 2: Remember those students who hated recorder, I wanted to give them a chance to redo their experience BUT we had to get ready for the symphony which was very early AND we our big program for 5th grade right before Thanksgiving, sooooooooooo  I took just 1 lesson, just last week and reviewed what they already sort of knew and sent them on their way…… I see them every morning as they are headed to their “reading station” before school, so if they are ready to play, they take their test….. My 5th graders haven’t yet earned as many belts as 4th grade, but they are also having to find the time to test on their own unlike 4th grade who gets some class time to test. For some of them, their performance can’t finish soon enough, they are ready to play recorder…. What a blessed change!

Dilemma 3: There aren’t enough hours in the day to test everyone as often as they would like to be tested…..  So in the morning as they are transitioning to their reading stations I test on a first come first serve basis.

4th grade
4th graders have been working toward earning the privilege of taking their first belt test and taking the recorders home since the first day of school….. As in years past their enthusiasm was contagious and a little hard to contain but since I allowed them to take their recorders home last week, they have taken off like a rocket!  After three weeks of working toward testing on recorder, we took the time this week to do a mini-lesson about meter and then it was time for them to have their first opportunity to practice in small groups and test for a belt….. Oh My!

My students are BEGGING to take a belt test…. truly my only limit is time and my ability to discern if a student will be successful when playing.  Often the “belt test” turns into a very necessary reteach  or “recordervention” so that I can individually reinforce good habits and retrain students out of old ones.  The funniest part is that no matter how many times we practice the song in class, I have had so many students have “lightbulb” moments about an element of reading the melody or rhythm during those conferences.  All of my students are playing better, but as always some of them are still missing the point….

In these early days when the songs are pretty easy, many of them still don’t understand that I don’t just want them to memorize some notes that they hear, I want them to read the notes and LEARN the song……  Case in point, Yesterday while the students were supposed to be practicing the first song in small groups while I called up groups for belt tests, I actually had an impatient student who had just earned her first belt, come up to me during a test and wave the next song in my face….. while she did this she very impatiently said, “Ms. Spadden, I’m gonna need you to write the names of the notes on this one for me…..”…… Yep, she didn’t quite get it, but….. she WILL get it!

Tips!  – I bet I’ll come up with more as I refine how Recorder Karate will work in my room…. Hope this helps


1. Wear an apron – During the times when I know that I will be testing, I wear an apron with lots of deep pockets filled with the belts that I think I will need and spare rings.  That way, I’m not sending students off somewhere to get a belt and risk them being tempted to “grant” belts to all of their buddies.  Belts come only from me.

2.  Keep track of who has what – Obviously, this is a perfect assessment, but if you don’t know who has tested then you can’t prioritize and you will miss someone.  Because my records are in good shape, I can go back and seek out students who haven’t voluntarily played for me…. they may be shy or in need of some extra support.

3. Have plenty of songs ready – Depending on what you order, you may have purchased the student book.  I am using Recorder Karate in conjunction with another method book, so the “test” songs are all loose pieces of paper that I’ve copied (with permission). The students take them home to practice, but while the recorders generally make it to class, the music rarely does, so I’ve got plenty on hand.